Click here for more information about other SD competitions and the Energy Endeavour Foundation, stewarding body of Solar Decathlon Europe
azalea upv team
Learn about the sustainable dwelling project of Polytechnic University of Valencia (Spain), which works as a nexus between past and present, urban and natural living.

Azalea is a sustainable dwelling project. The goal is to preserve two of the most important elements of the Valencian Community: its orchard and its typical house, the Barraca. The proposal focuses on adapting this traditional dwelling to today’s everyday life, basing each of the changes on a profound respect for the original building. The project is presented as a typology which works as a nexus between urban and natural living surroundings, respectfully weaving the city limits. The result is a house of nearly 70m2 and 7m height where the organizational philosophy consists of one compact strip that encompasses all service areas (bathroom, kitchen, machines room and bedroom), leaving most of the space as a diaphanous and flexible area.
Azalea is made entirely, from the design to the construction, by the Team. Azalea, more than a house, has become a home.

For more information about the prototype and the Team, please visit the project website: http://www.azaleaupv.com 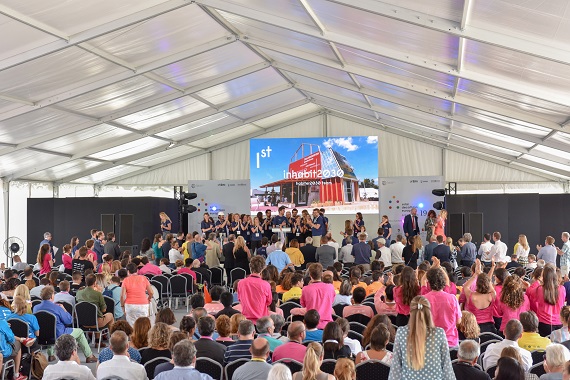 final results
The competition is over, read the final results and details about the closing ceremony here!
more